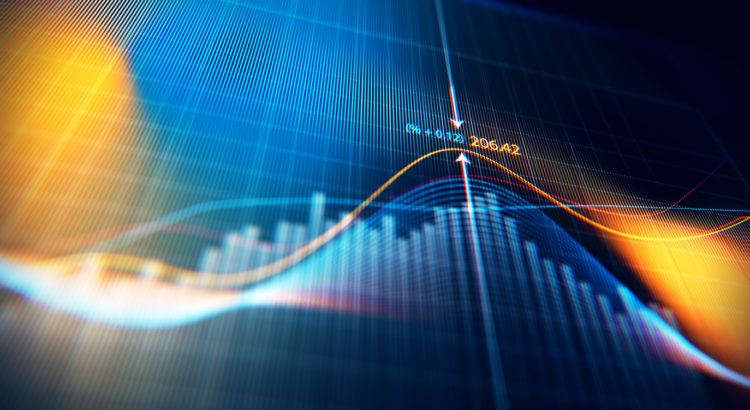 There are various approaches to technical analysis. The most popular are strategies using various indicators. However, even a clean candlestick chart without any auxiliary items carries enough information to create accurate forecasts. Traders call a non-indicator approach to market analysis Price Action. A distinctive feature of this strategy is that the nature and type of price movement is assessed directly on the chart.

A few words about the candlestick chart

Japanese candlesticks are the most popular charting technique, as opposed to the linear display type, which is also available in the Binomo trading terminal. The “candlesticks” first appeared in Japan, as the name implies. They were developed in the pre-computer era, so financial analysts drew them on paper. The idea was to make the most informative system for displaying the chronology of price changes in a period of time.

The classical approach only indicates the closing price, and the fluctuations that occur at the same time remain hidden. For example, over an hour the price might make a big jump and then return to its previous value. This would not be reflected in a line chart, but on the candlestick chart it will be visible.

The middle element is the “body,” which indicates the point of opening and closing. Below and above it are “shadows” in the form of lines; their length indicates how far the price has moved during the construction of the candlestick.

More about the “three candlesticks” strategy

This strategy is based on the simple principle that about 95% of market behavior is determined by well-established patterns. Therefore, the formation of the same candlestick combinations indicates the most probable scenario for the further development of the event. The “three candlesticks” pattern is formed during a trend reversal after the peak point of the movement passes. On the surface, it looks like a sequence of ascending or descending candlesticks of approximately the same size.

An illustrative example of the pattern can be seen in the picture. The formation of such a picture on the chart indicates the beginning of a strong trend movement, for which there is a high probability that it will last for at least another 1-2 candlesticks. Timely signal recognition will allow the trader to open a trade and, with a probability of about 75%, make a profit on it.

Trading is done on a clean chart, so all you need to do is choose a suitable asset, activate the candlestick chart, and set a 1-minute time frame. It is also a good idea to immediately determine the amount of your starting trade and enter that number in the corresponding field on the terminal. Remember the basic principles of capital management. The optimal investment amount for one trading contract is less than 1%, the upper limit is 5% or 1/20 of the current account balance.

Trading on the strategy

In this case, we recommend trading on a 1-minute chart with 1-minute trades. However, that interval can be increased to 5 minutes. If the chart is not very active, increasing the period will improve the accuracy of the signals. 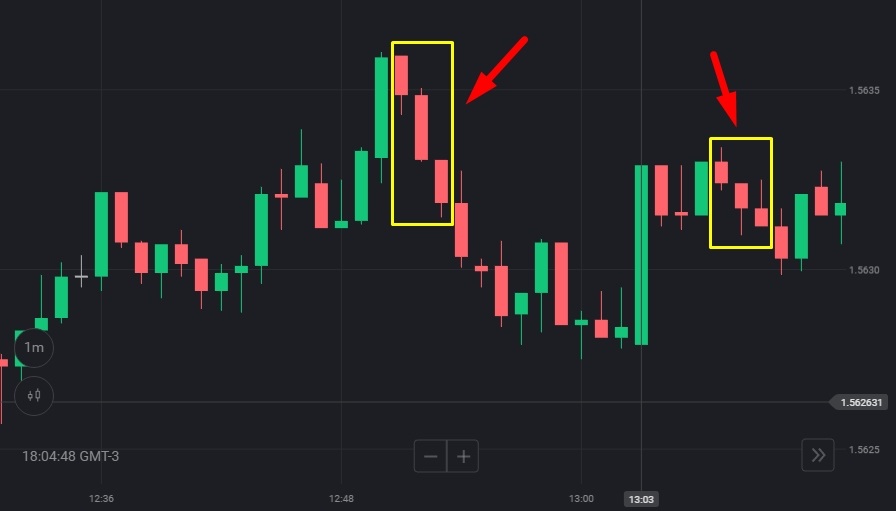 How to trade on the “three candlesticks” strategy:

Trading on candlestick patterns is a separate large section in itself, which we will definitely devote time to later. The overview of today’s strategy is an introductory part that will help you get acquainted with the general principle of indicator-free trading.