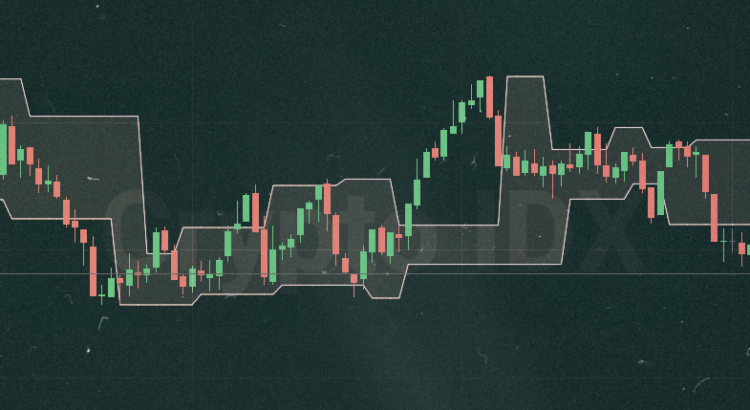 Among the great many currently known technical indicators, traders generally only use the most well-known of them, not paying attention to the other equally effective automatic analysis tools. To remedy this situation, we’ve decided to introduce you to a very mysterious indicator – Fractal Chaos Bands, or, to put it simply, the fractals indicator, which is no more inferior when it comes to efficiency than the more famous automatic indicators.

What is the fractals indicator?

This technical analysis tool operates on trends, which means that it is best to use it for trend trading. The main task of Fractal Chaos Bands is to show the trader using it a general panorama of price fluctuations while also simultaneously filtering all minor quote maneuvers (the so-called market noise).

Fractals themselves are mathematical objects that are found on quote charts regardless of their scale. Simply put, fractals retain the same form and function on either a large or a greatly reduced scale. On the quote chart, the fractals indicator is displayed as two fractal bands – the upper one shows the maximum value of an asset in the current time interval, and the lower one is the minimum:

Based on the description, we can conclude that Fractal Chaos Bands, first of all, will enable you to see if there is a trend on the market. When the indicator gradually begins to decrease the slope of the bands, this is a signal of market instability and the onset of lateral movement, and when it increases, it is a signal that a stable trend is forming.

Thus, the fractal indicator is best used with other trend indicators, for example, the Alligator, Moving Average, and MACD, as well as with many leading oscillators, like CCI, Stochastic, and RSI.

The principle for applying this analysis tool is practically no different from how we use the more well-known Bollinger Bands, since the main signal is the location of the price relative to the fractal lines – above or below the channel they’ve built. The signal to enter the market is usually the moment the quotes return inside the fractal channel.

Where to use the fractals indicator

If we’re specifically talking about using this indicator for trading futures contracts, that can only be found on the platform of one company, Binomo, which has integrated Fractal Chaos Bands into its already extensive arsenal of technical analysis tools. Moreover, it can also be combined with other technical indicators on the Binomo platform.

However, it is also possible to find the fractals indicator on different live chart services, although this will significantly complicate how we use it. The thing is, first of all, you will have to constantly switch windows between the trading and technical platforms, which means you could miss an advantageous moment to make a trade. Secondly, you cannot use the fractals indicator properly on a live chart service if you want to trade on time frames from 5s to 30s, as there are typically no such intervals on those services.

How to trade on Fractal Chaos Bands

This indicator is best used in combination with other analysis tools. As an example, let’s look at a trading strategy based on it in combination with the MACD indicator, which should be set on the chart with the standard settings. The time frame of the chart will be switched to 5s, as this will enable us to conclude trades with an expiration of 1 minute. After setting it up, we get the following template:

To conclude a trade, you should wait for the price to touch one of the fractal bands or for a return of the quotes inside the channel after leaving it, as well as the simultaneous intersection of MACD indicator lines in a particular direction.

Trade DOWN when the following happens:

Trade UP when the following happens:

This is a trend strategy, which means that all trades need to be concluded only in the direction of the main market trend. The expiration of trades should be set depending on the time frame used. For the 5s interval, the expiration time is 1 minute. Also, don’t forget to follow the rules of money management – limit the amount of the trade to 2-5% of the account balance.