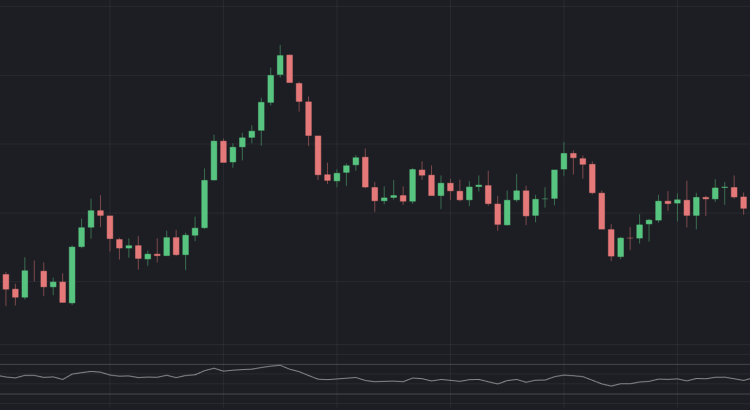 Trend indicators and oscillators are the most common types of technical analysis tools. Other types of indicators, like volume indicators for example, are used relatively rarely. If the main trend indicators are Moving Average, Bollinger Bands, MACD, and Alligator, then the main oscillator is RSI, which is the Relative Strength Index. In this article we will conduct a detailed review of this tool.

History of the RSI

The indicator was developed by Welles Wilder, who presented it to the general public in the late 1970s at the same time as his book. Presented along with the RSI were the ATR, Parabolic SAR, ADX, and other tools that have gained triumphal popularity among modern traders around the world.

Wilder positioned it as a tool to determine the strength of the trend and the likelihood of a reversal, which is reflected in its name. Relative strength is measured by comparing the current figure with the average period of past data from the chart. The standard averaging duration is 25 days, but on modern forex and other trading platforms a 14-day version is used.

The oscillator consists of 1 curve line, which is approximately 80% correlated with the price movement. This makes it possible to apply different methods of chart analysis with pattern recognition, like “double top,” “head and shoulders,” “flag,” etc. But unlike the chart, which has no limits, the relative strength index window is limited in size. The line moves from 0 to 100 percent. At the top of the window is an overbought area, and at the bottom is oversold. 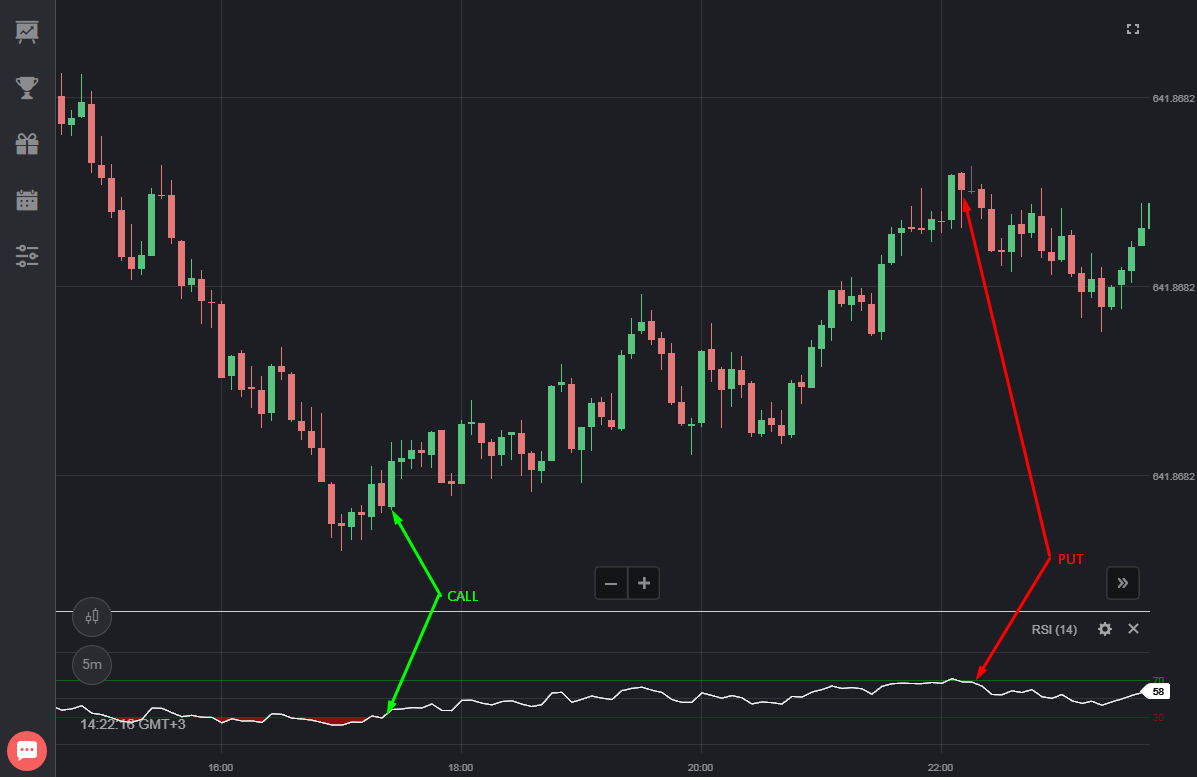 The standard boundaries are at the level of 20 and 80, but in practice they often have to be reduced to a ratio of 70-30 or even 65-35. This requires a low level of volatility of the traded asset. The exit point of the market from these areas is the main signal of the oscillator. When the RSI goes out of the oversold, you should buy a contract on an increase, and out of the overbought – on a decrease. This is clearly visible in the illustration above.

In addition to the use of chart reversal patterns when trading on the relative strength index, standard methods for linear indicators using divergence are also effective. If the chart is growing and the RSI is falling, you should focus on the oscillator figures.

The RSI as a balance indicator

Above, we looked at the standard method of using the tool, but there is another popular approach among traders. It is when the window is divided into two halves with both borders at the level of 50%. In this case, the RSI allows you to monitor the delicate balance of the market, providing for timely recognition of the beginning of directional price movement. An example of signal interpretation is given below. 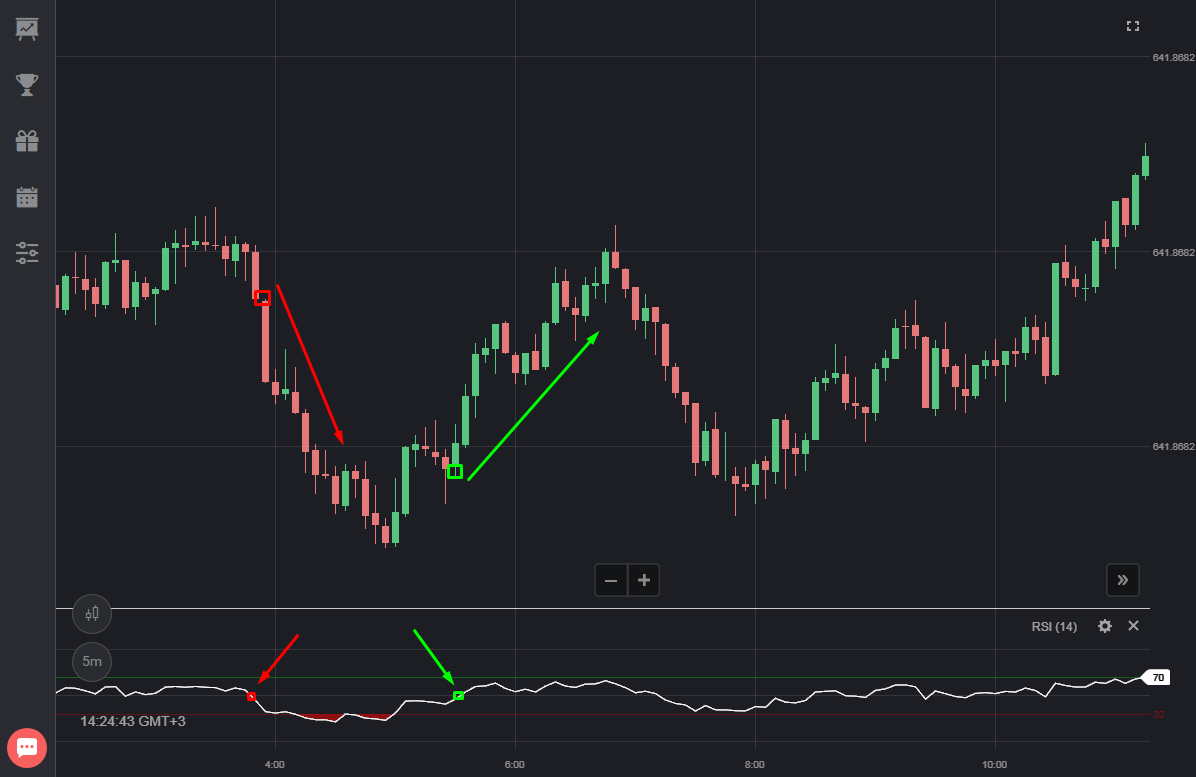 An advantage of this approach to trading is the greater number of signals and the smaller delay. The downside is the need for manual filtering of signals. Low volatility and accompanying periods of short-term price correction lead to numerous false positives and overcoming the zone boundary line.

The difference between oscillators and trend indicators

This question often arises among beginners who are faced with this classification, but at the same time they find a great similarity between different tools. For example, MACD or Stochastic often provide synchronous signals, but they are not interchangeable.

In fact, these categories were a provisional condition and this is not an official classification. There was an opinion among traders and technical analysts that trend indicators allow for determining long-term trends of market movement. They can be used to easily detect when a current trend is starting to end, or to recognize the first phase of movement. They have high accuracy, but their signals are late in most cases. Therefore, traders are able to capture only the last 1/3 or 1/4 of the trend.

Oscillators have the same principle of action if you look at their mathematical formula for calculation. However, they are more sensitive to small market fluctuations and they are often ahead of the real values ​​of the price on the chart, actually reflecting the future rather than the past, as is the case with trend indicators. But for such high sensitivity you have to pay in low signal accuracy. Therefore, trading is rarely done on oscillators alone. In most cases, they are used as a signal filter to determine the optimal entry points to the market. But long-term trends are calculated using the Moving Average and other solutions based on them.