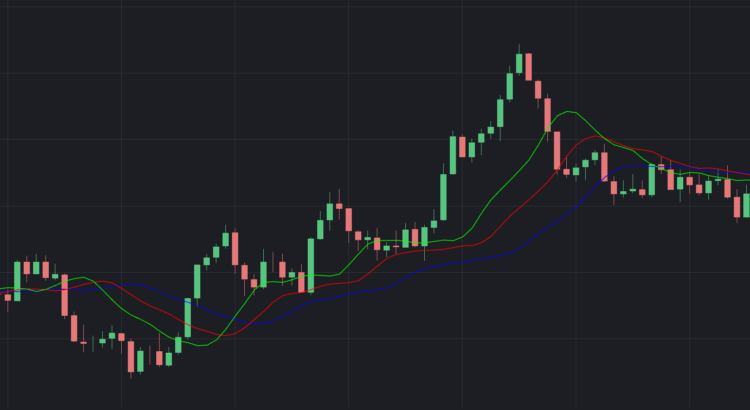 The purpose of the overwhelming majority of technical analysis indicators is to assist in the timely recognition of trend reversals. This moment represents the optimal point for opening trades on an increase or decrease. Bill Williams’ Alligator is one of the leading trend indicators, and it consists of 3 Moving Average lines and fractals as an additional function. In this article we will conduct a detailed review of this tool, as well as consider simple trading strategies based on it.

Brief overview of the indicator and history

The Alligator was created over 40 years ago by Bill Williams. He is a legendary person in the world of trading. Bill is the author of two editions of the bestseller “Trading Chaos,” the founder of the world’s first modern trading school, and the creator of a new approach to technical analysis and a number of indicators.

The tool consists of 3 multi-colored lines, which when intertwining with each other in a certain combination, inform the trader of the current state of the market. On some platforms, including Binomo, there is a version of the Alligator which is integrated with another popular tool – Fractals. They perfectly complement each other and were originally created for use as a pair.

The Fractals tool was also developed by Williams, who was the first to use fractal structures in relation to asset charts. His experiment was successful, so a tool was subsequently created that automatically recognizes certain candlestick combinations and emphasizes them on the chart. In fact, they are not fractals in the mathematical understanding of this terminal, but local price extremes. Using this tool, it is easy to predict the nature of market behavior during a reversal.

The tool has a fairly simple interface that will be understandable even to beginners if they spend a few minutes studying it. It is based on Moving Average lines built in a certain combination.

The formula used is a smoothed Moving Average. Each of the lines has a certain shift, allowing to more effectively forecast the market. Green line – 2, red – 5, blue – 8.

The fractal display function is disabled by default, but it can be activated in the settings of the Binomo terminal when the indicator is added. A triangle located above the candles is an upper fractal. Its appearance during an uptrend reversal serves as a confirmation of a signal for a fall. An upward fractal is located below the lower shadow of the candles. It is a confirmation of a signal for an increase.

Trading on the indicator

The Alligator is considered a trend instrument, so it is usually used as an integral part of a trading strategy. But it is quite realistic to trade just using the indicator itself, in particular, if the fractal display function is activated on it.

The image below clearly illustrates the main reversal signal. The arrows indicate entry points to the market with trades on an increase or decrease. A complete reversal would be the intersection of the green and blue lines. However, if the signal is formed when there is a pronounced trend, then it is better to respond to its precursor – the convergence of the red and green Moving Averages. 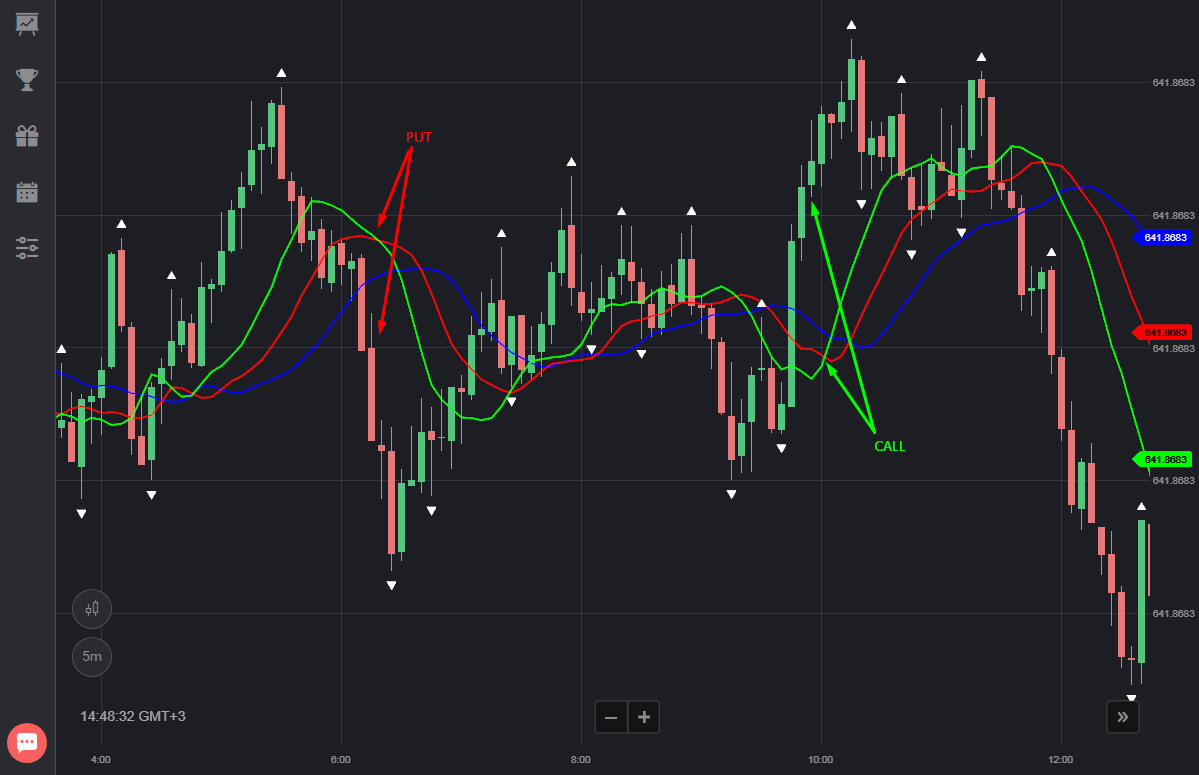 To trade more efficiently, you should consider a few aspects. First, the frequency of signal formation plays a key role. Very frequent reversals (more than 1 every 30-40 candles) indicate a low level of market volatility. Secondly, the deviation of lines from the price is important. A good sign is when during the last period before the market reversal the candles do not touch the red line, and it’s even better if there is no breakdown of the green curve.

The Alligator trend indicator works well in combination with oscillators such as RSI, Stochastic, Awesome Oscillator, and other similar solutions. The Binomo catalog offers 5 of the most popular tools from the oscillator category.