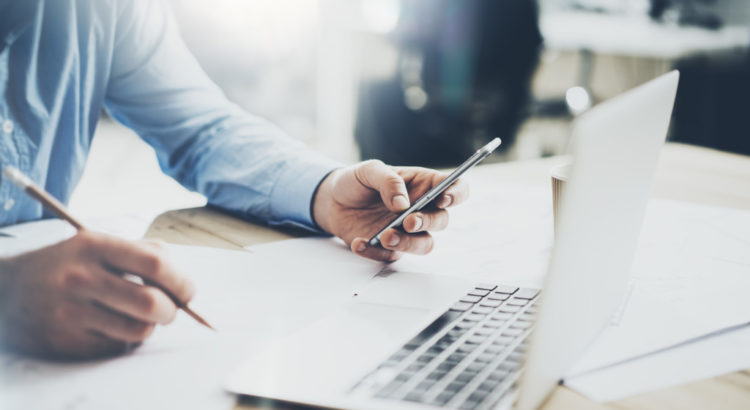 The Parabolic system is a popular trend indicator that shows reversal points. Its only drawback is its duality: it is not able to recognize neutral phases of the trend, so it immediately signals downward or upward price movement. In order to compensate for this deficiency of the Parabolic SAR, traders use auxiliary indicators that act as a signal filter. In this article, we will look at a trading strategy that uses the Parabolic in combination with the Time Series Moving Average (TSMA).

Overview of the indicators used

Time Series Moving Average. This is a kind of Moving Average which has a modified averaging formula. SMA operates according to the standard arithmetic mean calculation method. Suppose the period is set to 10, in this case, the formula will take into account the last 10 price bars on the chart. Here, 1 candle or10 of them will have the same significance. In conditions of stable volatility levels, this feature does not affect the indicator signals. However, as wavelike activity on the market grows, a significant deviation of the Moving Average curve from the actual price position will occur.

This shortcoming of the SMA (Simple Moving Average) was partially eliminated in the TSMA. The difference is the presence of an additional “significance” parameter for each of the price bars. The first candle on the chart has the highest priority, and the 9th and 10th have the lowest. In practice, this approach provides increased accuracy of signals during rapid changes in the rate of price movement.

Parabolic SAR. The abbreviation in the name of this indicator stands for “stop and reverse.” The indicator shows only two points where trend reversals occur. On Forex, it is usually used to determine when to exit the market. For Binomo, where trades are initially fixed contracts, this tool is suitable for finding entry points. The Parabolic system is an effective tool when used in combination with other indicators. This strategy uses the Parabolic SAR with the minimum period. This increases its accuracy, but at the same time reduces its sensitivity.

Setting up the Binomo terminal

This strategy is based on a typical combination of indicators. However, a key nuance is the presence of a shift in the Moving Average curve, which allows for it to be synchronized with the Parabolic SAR signal line. You can trade on this strategy using the built-in functionality on Binomo, which makes it possible to trade 1-minute contracts on a 15-second chart. 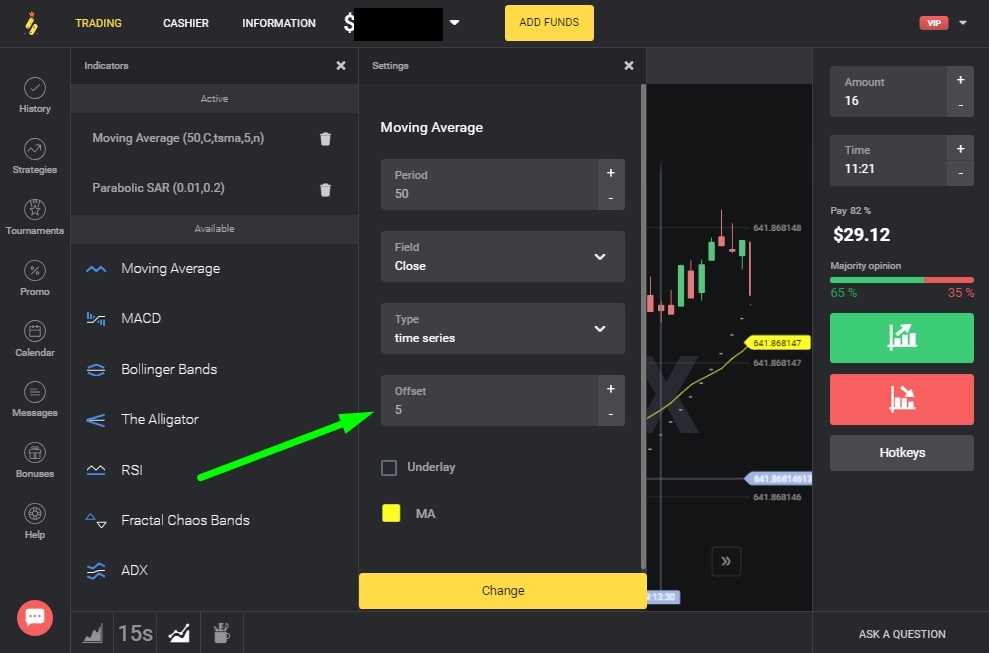 Setting up the platform:

The key factor is the shift of 5 bars. If that is not set, then the signals will be delayed, which will lead to decreased accuracy. You can use any fill color for the TSMA line, but yellow is best since it provides contrast against the dark background.

Since two indicators are used, traders should track the point of intersection of 2 lines. In fact, the Parabolic SAR points represent a regular line that is broken into separate fragments. 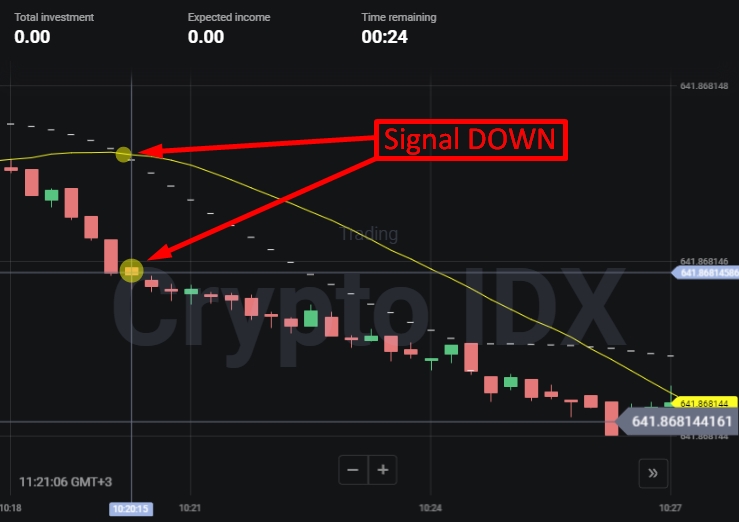 Signal for a fall. The initial position of the indicators: both lines are above the price, the Parabolic SAR occupies the higher position. The market entry point is the intersection, as a result of which the TSMA curve occupies the topmost position and the SAR points occupy an intermediary position between the price and MA. 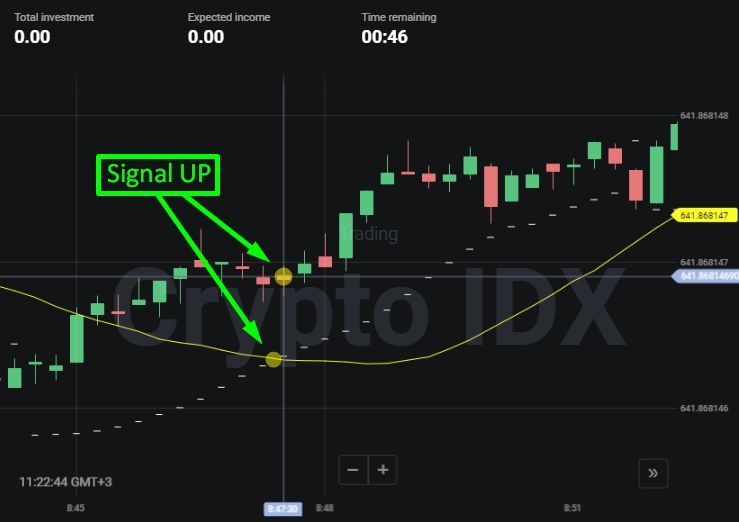 Signal for an increase. It is formed in the same way, but with a downtrend reversal. Therefore, initially both indicators are on the chart below the price. Then there is an intersection of the SAR and TSMA, as a result of which the Moving Average occupies the lowermost position. At this point, you should buy a contract for an increase.

The expiration of trades should be equal to 1 minute, as this is the minimum period on the Binomo platform. It’s optional to use a 15-second time frame with a 60-second expiration. The main thing is that the actual duration of the trade does not go beyond the range of 3-6 candles on the chart. If you stick to this proportion, you can increase the time frame up to 5 minutes, in which case the duration of the trade should be 15-30 minutes. Increasing the time frame significantly reduces the number of signals, but their accuracy stays at the same level. That’s why it doesn’t make sense to do that.